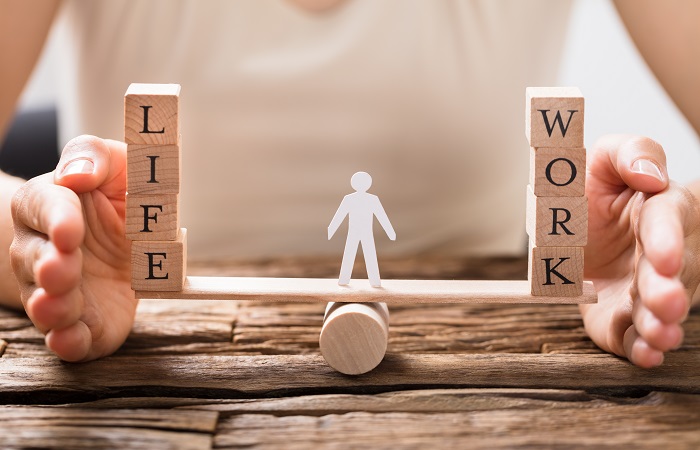 Almost half (49%) of UK employees believe that their employer should support their work-life balance, according to research by Thomsons Online Benefits.

The research, which surveyed 2,000 UK employees working at organisations with workforces of 500 or more in June 2019, also found that 31% admitted to being kept awake at night due to workplace stress.

Among the other stressors affecting the UK workforce are factors such as personal relationships (25%), debt (20%) and caring responsibilities (13%).

To help increase social wellbeing, respondents stated that they would predominantly value success celebrations (56%) and weekly drinks socials (45%). Almost two-fifths (37%) would value wellbeing initiatives such as yoga, Pilates or puppies in the office.

Alternatively, more than half of respondents place value on financial benefits, such as emergency loans (55%) and childcare support (58%).

Broken down by generation, the research found that while 72% of employees aged between 18 and 24 would value monthly lunch socials, this drops to 59% of those aged over 55. Among 18 to 24-year-olds, success celebrations are also a higher priority, being valued by 69%, compared to 35% of those over 55.

Among the younger group, lifestyle and social activity (26%) is ranked approximately equally in importance to mental wellbeing (24%) and financial stability (25%). For employees aged above 55, lifestyle drops as a primary concern to 10%.

Jack Curzon, consulting director at Thomsons Online Benefits, said: “Humans are innately social, meaning that our social connections and how we feel about these can have an incredible impact on our mental health, workplace engagement and productivity. Widespread digitalisation, the rise of the gig economy and increasingly flexible working patterns are all contributing to UK employees’ increasing anxiety over their social connectedness.

“For the first time in [our] research, we’re seeing social wellbeing appear high up on employees’ agendas, usurping mental, physical and even financial wellbeing. If UK employers really want to show their people they care, they need to create a culture that prioritises social interactions and inclusiveness, rather than implement one-off, quick fix benefits with no long-term value.”

Lovewell’s logic: Is work-life balance so difficult to achieve?