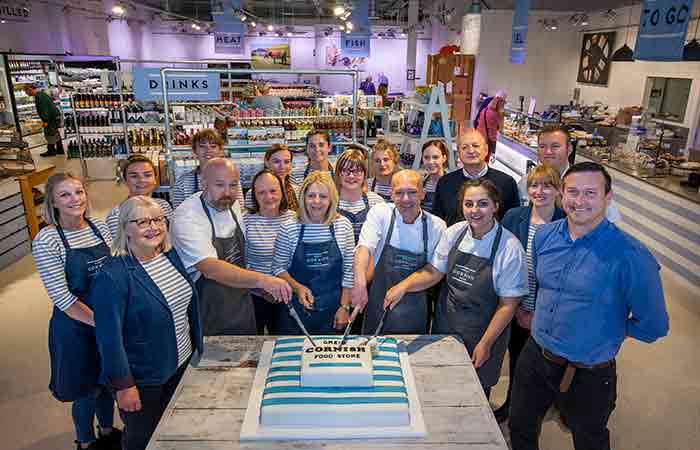 Retail and hospitality business Great Cornish Food Store has become part employee-owned as it celebrates its sixth anniversary this week.

According to the food retailer, which is based in Truro, Cornwall and shares its premises with a major supermarket, the move means that its 24 members of staff will part-own the business and be able to enjoy a share of the profits going forward.

The employee-ownership model also gives staff a more active role in how the organisation is run and how it will evolve, with the aim of furthering its position as an attractive and rewarding place to work.

Ruth Huxley, who founded the business in 2016, said: “I grew up with an understanding that there are different ways of doing business and was very aware how rewarding my dad found being part of an employee-owned company and how much pride he had in his employers. I’ve had the idea for a while that this might be something I could replicate with my own business, and it feels like this is the perfect re-set moment for it.

“The store is in great shape and we have an incredible team, who very much deserve a boost after all the challenges they have handled so admirably over the past two years. I’m convinced we can really power ahead now as a purpose-driven business, becoming even more successful while preserving our values and integrity long-term.”

Oliver Basham, general manager of the Great Cornish Food Store, added: “The benefits of working here couldn’t be clearer. I’m inspired by Ruth’s vision and the company ethos, and by this pioneering move to be an employee-owned company. It has gone down so well with all of our team, some of whom have been with us since the very beginning. They are delighted to be more directly involved while being reassured that Ruth isn’t disappearing from the business.”