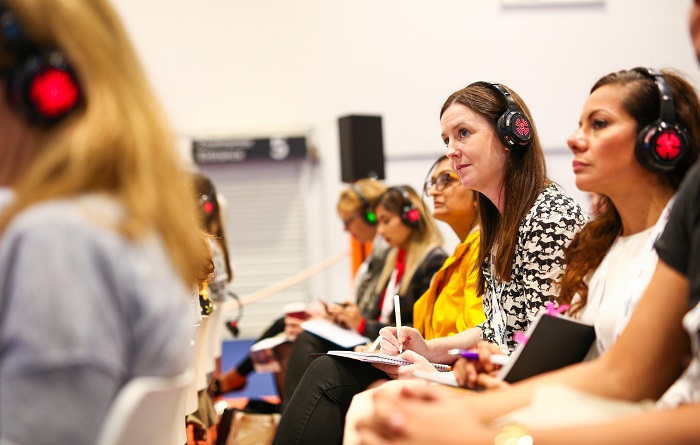 Employee Benefits Live 2019: Financial services organisation Charles Stanley has increased its employee engagement from 67% in 2016 to 76% in 2018, by harnessing employee ideas and empowering staff to participate in its transformation.

Speaking on Tuesday October 1 as part of the employee engagement conference stream, Kate Griffiths-Lambeth, group HR director at Charles Stanley, explained how her organisation utilised employees’ problem-solving and business ideas to not only boost engagement, but to keep the firm operational, in a session titled ‘Cultivating a more engaged and productive workforce’.

The UK-based organisation, which was founded in 1792 and has 20 operating sites nationally, hit crisis point in 2015; it had reported a loss of more than £6 million, and employee reviews on job board website Glassdoor were negative. “Change had to happen, and very, very fast, or this business that had an amazing heritage, was going to die,” Griffiths-Lambeth said.

The transformation started with the implementation of a new chief executive officer in 2015, who set three key metrics for measuring business success: client satisfaction, equity market rating and employee engagement. This third pillar, however, proved a challenge for Charles Stanley; the business had never sought out staff opinion or measured how employees felt about their employer.

With this in mind, Charles Stanley conducted its first employee engagement survey, which revealed eight key work streams that were areas of concern. The organisation asked employees across the business to participate in the various work streams, sharing their ideas and actioning innovations that would ultimately help to improve the organisation.

An executive committee member sponsored each work stream, taking the lead of an area of the business that they would not normally have responsibility for or involvement in. Griffiths-Lambeth said: “It was really important for [employees] to remain engaged so we could actually use the power of our people.”

The employee engagement survey additionally led to Charles Stanley’s first employee conference in 2016; this was the catalyst for the implementation of the organisation’s three new values:  caring, fair and progressive. Alongside this work, Charles Stanley utilised a top-down and bottom-up communications strategy, which included the launch of a new internal magazine. It also ensured that its benefits offering was varied enough to suit all demographics.

This people-led approach reaped considerable reward. Charles Stanley’s employee engagement increased from 67% in 2016 to 73% in 2017 and then again to 76% in 2018. Furthermore, its client satisfaction scores improved to over 80% across all areas of the business, and its net promoter score reached 62.

“There is a greater sense of pride and belonging [among] the workforce for what we’re doing and we all feel as though it matters. I think it’s really important for HR to be commercial and be able to demonstrate what we add as value,” Griffiths-Lambeth added.

Griffiths-Lambeth’s case study echoed the advice presented by Denise Sanderson-Estcourt, head of people at the Open Data Institute; she listed her ABC of creating an engaged and motivated workforce: alignment, belonging and communication.

“[Employers] can make sure that [their] communication is in context, it is the underbelly of absolutely everything. [Employers] can have the best values in the world but if people don’t know them and don’t feel that they are connected or belong to them, that won’t make a difference,” she explained.

Sanderson-Estcourt further outlined measures organisations can employ to create sustainable culture change in order to promote a more engaged workforce. This includes listening to employees self-identifying and clarifying what the organisation means to them, as well as the introduction of small activities that can have a big impact. This could include setting up a choir, for example, or arranging an away day or conference.

She explained: “Sometimes culture, change and sustainability come from the really small things and the things that people self-identify as being the way to go; that’s building the culture. If [employers] want to build a sustainable culture and want to get buy-in for change, [they need to] listen to [their] people.”

For Sanderson-Estcourt, however, the importance of building an engaged workforce lies in cultivating and nurturing individuals, as well as listening to what employees want and need. Individuals start in their jobs highly motivated; maintaining this is often the challenge.

EXCLUSIVE: Twitter views improving work as an exercise in enhancing the human experience