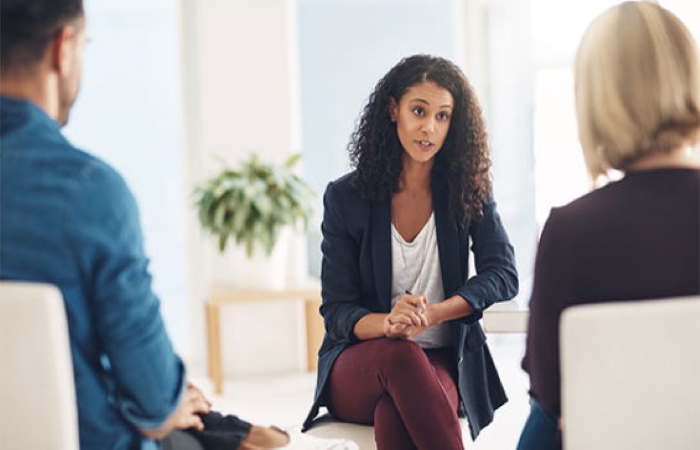 Like it or not, offices can’t always be harmonious places to work. At some point you’ll need to address an issue with a colleague, but what’s the best way to handle this? According to the Difficult Conversations: How to Discuss What Matters Most book by Douglas Stone, Bruce Patton and Sheila Heen, they explain that each challenging conversation comprises three other distinct conversations which must be dealt with individually if the problematic situation is to be resolved.

Start by establishing exactly what happened, without apportioning blame to either party. Don’t presume that you know the other person’s intentions, as you’ll often be mistaken. The fundamental attribution error is a psychological theory that posits that when we make a mistake, we tend to put it down to factors outside of our control; but when a co-worker is in the same position, we often think it’s their own fault. Acknowledge this personal bias ahead of the difficult conversation and be prepared to offer your peer the benefit of the doubt.

It’s tempting to try to separate feelings from a difficult conversation, but in reality they should be examined in relation to the issue under discussion. During the conversation, try to discuss your feelings when your emotions are “cold” – calm and under control – instead of “hot” – dynamic and unpredictable. Better still, before expressing your feelings, make an effort to “negotiate” them; in other words, force yourself to consider the situation from your colleague’s point of view as this may cause you to temper your feelings and allow you to control them more easily.

Be prepared for your view of yourself – your identity – to be challenged by the contents of the difficult conversation. It’s very easy for comments regarding the situation at hand to be interpreted as a personal slight. Research conducted by Kluger and Denisi has revealed that constructive feedback is normally received at the “self-level”, so that the feedback is applied to the person on the receiving end, rather than the task being discussed. If you’re told that your last presentation lacked organisation, don’t extrapolate from there that you’re being judged as disorganized in general.

Make your conversations as efficient and worthwhile as possible

Follow these five tips and you should find difficult conversations less daunting and easier to manage:

Difficult conversations can easily and quickly veer off track, whether that’s due to disagreements about what happened, feelings being ignored or an impression that our identity has been compromised. Before you start the conversation, it might be a good idea to consider each of these potential pitfalls individually. Compare your point of view to how you imagine your colleague’s might be. Think about both parties’ intentions and actions, as well as your feelings and the possible threat to your identity. Keep a handle on all of these elements and you’ll increase your chances of gaining a deeper appreciation of the situation and resolving the problem.