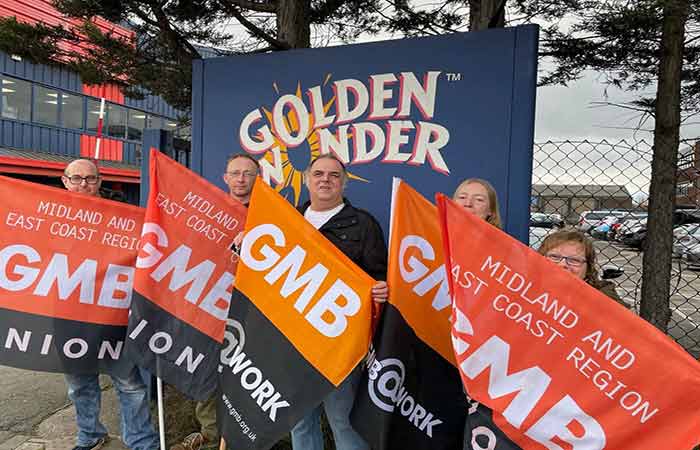 Snack manufacturer Tayto Group has awarded its 450 members of staff a pay rise to help them and their families keep up with the cost of living.

Trade union GMB said the pay increase will be awarded to staff immediately and is “in line with” the current inflation rate.

The Office for National Statistics recently reported that the closely-watched Consumer Prices Index rose by 4.8% in the year to December 2021, while the Bank of England has said it expects inflation to exceed 7% this spring.

Tayto GMB rep Ted Staples said: “GMB has been organising and campaigning in our workplace and we’re over the moon to have delivered this well-deserved pay rise for our members. This is a great place to work, and we’re committed to making it even better.”

“Our members have worked above and beyond during this pandemic and employers across the UK must provide them with an appropriate reward,” he said. “The reward should be a significant pay increase because anything less would be equivalent to a pay cut.”

In addition, senior leaders at Tayto’s Scunthorpe site have pledged their commitment to staff recruitment and retention, and are creating a manufacturing development programme to support employees wanting to grow their manufacturing career.

Tayto, which has been contacted for comment, is not the only employer to award its staff a pay rise already this year. Last week, Three UK announced pay increases of up to 12.6% for its retail staff.

The phone network provider, which has about 2,500 store workers, boosted its minimum hourly rates to £10.13 nationwide and £11.40 in London. Applicable to all staff regardless of their age, the base hourly rates surpass the Living Wage Foundation’s real living wage of £9.90 across the UK and £11.05 in the capital.

LGBT History Month: How Far Has the Workplace Come?