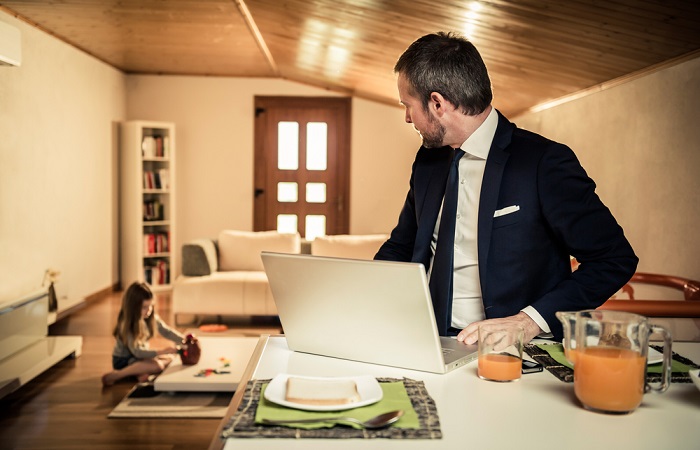 Nearly nine in 10 (89%) working fathers do not think their employers are comfortable with them taking unexpected leave for family emergencies such as a sick child, according to research by Utopia and The Hobbs Consultancy.

The study, which canvassed the views of 2,001 UK respondents between October and November 2019, also found that a fifth (21%) felt their employers actively discouraged them for taking time off work for parental duties, particularly if it was likely to have an effect on their work. Non-executive directors felt the most at risk of this (17%), compared to non-managerial team members (8%).

The survey also discovered that almost half (49%) of UK working fathers reported that their employer was not supportive of modern approaches to parenting or promoting inclusive practices such as shared parental duties, making these ultimately less accessible to men. Meanwhile, 19% of women surveyed voiced concerns about progression in their career being hindered by their gender.

In addition, almost three-quarters (71%) of male employees reported feeling the pressure to be the main financial provider for their family; in contrast, almost half (46%) claim it is now their responsibility to be the primary carer for their children.

Daniele Fiandaca, co-founder of culture change business at Utopia, said: “Recent focus has been on the changes that women need to make to fit into a masculine workplace, when we should be focusing on creating a more inclusive workplaces which work for all genders.

“Traditional masculine traits are still hindering modern businesses, and this research shows why we need to continue to work to build workplace cultures that are more effective and more inclusive for everyone.”

Roxanne Hobbs, founder at The Hobbs Consultancy, adds: “It’s integral that everyone is able to be their authentic selves at work. The fact that men now feel they can’t balance their careers with their families is worrying; the world is changed via conversation, and until the conversation about men and family happens, men will continue to be dragged down by a system that’s inclusive in name only.

“We want to create a culture in which being a male leader is synonymous with courageous vulnerability, care-giving, empathy and balanced mental health. We simply cannot talk about creating a difference with gender in the workplace without including men and making masculinity part of that discussion.”

Vodafone to equalise parental leave benefit across all 24 locations globally