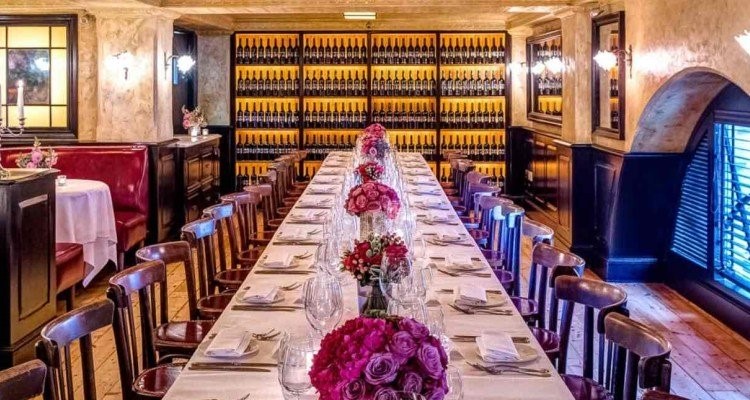 How many businesses regularly recognise employees for completing 42 years with the company?

It can’t be many, especially in this age of short-term contracts and flexible working.

But Fujitsu frequently celebrates workers who have reached this ‘long service’ milestone. “It’s amazing how many people have done 42 years, and we have people who stay well beyond,” says Paula Evans, Head of Pensions and Benefits at Fujitsu.

Paula was sharing her experience at an exclusive breakfast event for HR professionals focused on employee recognition. The event was organised by Xexec, which took over the contract to deliver the Fujitsu reward and recognition scheme in 2018.

She began by explaining that Fujitsu is a company that works hard to create a sense of collaboration and loyalty among its 7,000 UK workforce. It does this via a clear set of corporate values, and a longstanding commitment to employee rewards.

In fact, in the last year, Fujitsu has spent £1 million a year on its employee recognition schemes.

This is a considerable sum but Paula explained that Fujitsu is a people business. It is a services company, which often has employees based on customer sites. As such, the employees come first.

However, having a dispersed workforce can be challenging. Paula says: “We have around 200 sites including many customer ones, which presents challenges in terms of networking and spending time together.”

This is why, in 2018, Paula decided to re-visit the recognition scheme to see if it could be improved. Her team asked employees for suggestions. There were plenty, including:

* Easier administration, and a reduction of steps between nomination and reward

Fujitsu awarded the contract to Xexec, which provided plenty of feedback when designing the new set-up. Top of mind during the process was to make sure the new scheme tied in closely to the values of the company.

Paula believes this is the most important consideration for any business setting up (or re-launching) an employee recognition programme.

“This is the core piece of advice I’d give: make sure you think about the behaviours you want your scheme to drive.”

Xexec knows the value of this advice. It has seen it apply across all types of clients, no matter the size or vertical. In his introduction to the event, Saul Meyer, CEO of Xexec, echoed Paula’s comments. “When you are implementing a scheme, what are you trying to achieve?” he said. “This sounds obvious. But you’d be surprised how many organisations we talk to don’t take it into account what the strategy is.

“Their features and functions can be driven simply by what their rewards provider offers. Or what looks good. An organisation might just want to get lots of ‘likes’ for example. But everything should go back to your strategic objectives and goals.”

In Fujitsu’s case, the recognition scheme was carefully calibrated to complement its six key corporate values:

And, of course, it was updated to address the specific feedback received from Fujitsu staff during the consultation process. Employees asked for…

Fujitsu introduced a number of new awards such as the ‘High Five ‘. This is just for managers to give and is designed to be flexible. Workers can choose from coffee and cake, or a late start/early finish or a charity donation.

Most awards are redeemable for products in the Xexec portal. Paula was full of praise for the choice on offer. “The catalogue is really extensive. I don’t think there’s anything on there that you’d want and couldn’t buy.”

Easier administration, and a reduction of steps between nomination and reward

It’s now much easier for employees and managers to go into the system to propose someone for an award – or to redeem one. “It’s very speedy. It can take minutes between a nominating an award and giving and award,” says Paula.

Better information for all users

The new system has returned more autonomy to managers. They can go into the system to see the details of their teams’ nominations and rewards. They don’t need to ask HR. “It’s noiseless service from my point of view,” says Paula.

Just as important, the revised set-up includes a real-time “winners’ wall”. This drives competition and boosts motivation among employees. “The winners’ wall moves at speed. People want to see their colleagues and themselves on there,” adds Paula.

Fujitsu has added new types of individual awards. It has also extended its team awards so that all types of collaboration are recognised. Paula says it’s important with team awards to make sure that all participants receive their rewards at the same time, so they can celebrate together.

It’s now just over a year since the new scheme went live. Fujitsu is delighted with the outcome. It has handed out 10,700 awards in total. And even though the company’s UK headcount has fallen a little, it has maintained its £1 million annual spend.

The next stage is for Fujitsu to roll out the scheme among its international operations. This will open up the possibility of recognising collaboration between teams in different geographies. The scheme is now set to launch in Ireland and Paula expects more to join soon.

But, however many operations adopt the Xexec programme, the underlying philosophy will be tied to Fujitsu’s values and core objectives. Paula urges any other business to do the same.

She says: “We’re doing this to drive the right behaviours from our employees aligned to our corporate values, so we can deliver for our customers. That is dead clear for us. What’s your reason? If you’re not clear from the beginning you won’t know if you’ve succeeded or not.”

For more information on how to develop an effective recognition programme, download the e-book.