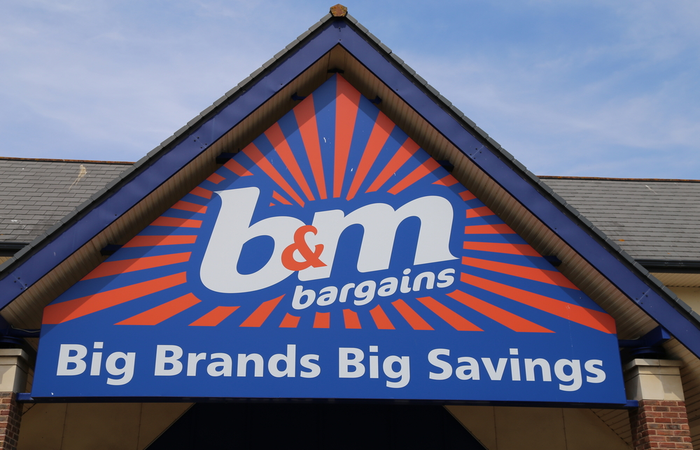 More than 24,000 members of staff employed by discount retailer B&M will receive a sum equivalent to an extra week’s wage for their “considerable efforts” during the festive period.

The Merseyside-headquartered business said employees will get the bonus payment this month (January) following “strong” trading over Christmas.

Festive business was boosted by efforts to take delivery of imported stock earlier than normal, in order to avoid disruption ahead of Christmas, said B&M.

The organisation revealed the recognition payment alongside its full-year profit estimation of between £605 million and £625 million. This is a significant increase on the previously expected £578 million.

B&M said sales in the three months to Christmas Day 2021 were 14% higher than the equivalent period before the pandemic in 2019. However, on a year-on-year basis, like-for-like sales were 6.2% down on the run up to last Christmas.

Simon Arora, chief executive at B&M, said that he would like to thank all members of staff for helping to deliver the retailer’s “best-ever Christmas” and what he described as a “very strong Golden Quarter”, with its performance compared to 2019 demonstrating retention of new customers that had turned to the firm since the pandemic began.

He added that the consistency of the core UK business performance reflected the growing appeal of the stores as a destination visit for seasonal products, as well as the strength of its supply chain.

“Although the pandemic continues to create challenges for retailers and consumers alike, our relentless focus on value for money remains undiminished,” said Arora.

The group has 693 stores across the UK under the B&M brand, as well as 310 Heron Foods and B&M Express outlets. It opened nine new stores in the UK during its third quarter, while also closing two, and plans to launch another 13 before the end of the 2021/22 financial year.

Private Equity Reward Insights: The Pressures and Solutions to Remain Competitive in 2022 for Portfolio Companies

How to talk about reproductive health at work?