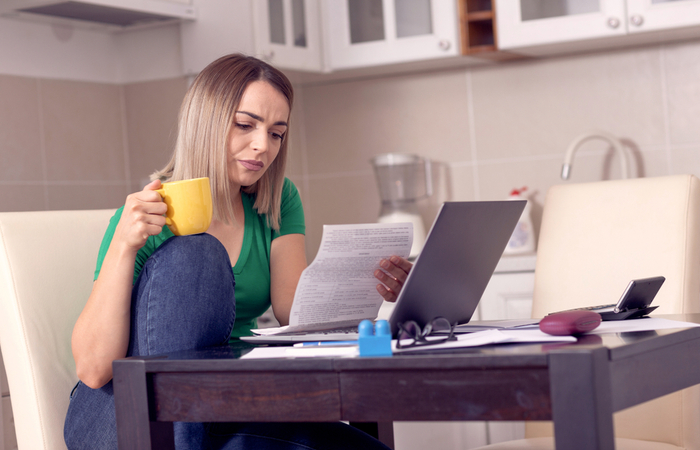 According to the latest research by the Office for National Statistics, 77% of people over the age of 16 reported feeling “very or somewhat worried about the rising cost of living.”

WEALTH at work, a leading financial wellbeing and retirement specialist, has also conducted research that has looked at the impact of financial worries on people lives.

The survey of 2,000 UK adults found that nearly half of UK adults (47%) say that financial worries do impact their life, with more than a quarter (26%) saying that it makes them feel depressed and anxious, rising to more than a third (35%) of 35-54 year olds. Nearly a fifth (17%) admit they struggle to sleep worrying about money, which rises to 22% of those aged 18-34.

It also revealed that one in seven (14%) feel embarrassed about their financial worries, again impacting younger people more commonly. Nearly a quarter (23%) of those aged 18-34 feel this way, compared to only 6% of those aged over 55.

One in ten (10%) say financial worries mean they avoid seeing people, 9% admit it causes arguments with family and in relationships, and 7% believe it makes them less productive at work.

Not being able to pay basic living costs such as rent, energy bills and food is the biggest financial concern for UK adults (34%), with a third (36%) saying that they are having to cut back on what they spend due to increases in the cost of living, increasing to 42% amongst those aged 35-54.

Other worries include not having savings for unexpected costs (29%), being in debt (23%), affording their current lifestyle (17%), not being able to provide financially for their family (16%), not being able to retire when they want to (15%), and rising interest rates (14%).

Despite this, only just over a third (38%) actually keep a budget and know what they can spend each month.

Jonathan Watts-Lay, Director, WEALTH at work, comments; “It is shocking that more than a quarter of UK adults feel depressed and anxious due to financial worries. As the cost of living crisis further drives the squeeze on household finances, it’s important for employees to understand that if they are struggling with money,  it isn’t something to be ashamed of, but it is vital   they face up to it and get the help they need.”

Watts-Lay adds; “The first thing employees will need to do if they are concerned about money is to work out exactly what they have coming in and going out each month. Whilst many people seem to know how much  they spend on their bills, in reality not all of them keep an accurate budget showing what is coming in and going out each month. There are many budgeting tools available online to help with this such as MoneyHelper’s budget planner.”

He continues, “If employees are struggling to pay their bills, they could speak to Citizens Advice who can help them to work out what benefits or grants they may be eligible for. For example, the Government recently announced a new one off payment of £650 to low-income households on means tested benefits such as Universal credit.”

Watts-Lay adds, “If employees are in debt to their energy supplier, many of them are offering grants to help, some are even offering grants to people who aren’t their customers. The Government has also increased its energy bills discount due in October to £400, and it no longer has to be paid back.”

He explains; “If debt is something that employees are worrying about there are many debt charities out there such as StepChange and National Debtline, who can help people to fix serious debt problems.”

Watts-Lay concludes; “Financial education and guidance delivered in the workplace is key in providing this much needed support, and many employers now offer this as part of their overall wellbeing objective. This could be provided as workshops or even one-to-one coaching sessions – digital tools and helplines can also be a great source of support. As our research shows, doing nothing really isn’t an option.”