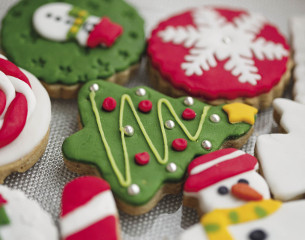 As the old aphorism has it, you can tell you are getting old when policeman are looking younger.

Well as of today I can trump that with a highly seasonal – and true – new quote. You can tell you are getting old when Santa may not yet be eligible to vote.

Having decided that she needed to earn some extra cash, my 16-year-old daughter has sought out some seasonal work – and is now professionally Elfing (is there such a word?) at one of the many shopping centre North Poles erected for the ‘visit Santa’ trips that most remember from their own childhood.

Obviously we are proud to have an Elf in the family, and her (much) younger sisters were keen to visit her – and Santa of course – in the grotto. So we recently made the trip to do just that.

Now I hope I’m not giving away too many secrets when I suggest that not all shopping centre Santas are the real* thing?  At least a few are paid employees who do sterling service in reinforcing the joy of Christmas to the little ‘uns. And I would stress that the Santa we met was a great and jovial chap who ticked all the boxes and left my kids happy.

It was the bit afterwards that set my grey-matter whirring. At the end of her shift our Elf joined us for a meal at a well-known chain of burger restaurants. And over her sandwich she informed me that one of the new intake of Santas for the Christmas run-in was only 17 years old.

Having not seen said Santa in action I have no idea whether he is a good or bad example of the same – but it does seem a strange bit of casting to place one so young in such a key position.

What makes this even more surprising is that the (very busy) restaurant we were sitting in had a couple of male staff on duty who were both older and heavier than me by some distance (and I am neither young nor slim!). Based only on physical appearance both would have been a more traditional fit for the Santa job had they chosen to apply.

So what does all this tell us?

It is evidence that the world of employment is really changing – so dramatically that the old certainties and stereotypes should be confined to the bin. Jobs that had been seen the preserve of younger employees are now filled with older employees and the semi-retired, and the (admittedly fewer) jobs previously targeted towards older people can as easily be filled by someone who has only just left (or may even still be at) school.

This culture shift has been underway for some years – but looks set to accelerate in the next few years as the UK workplace absorbs a much higher percentage of older workers, and as the “jobs for life culture” continues to unravel in favour of shorter-term and/or multiple employments.

All of which means that employers, their practices, and indeed compensation and benefit packages have to continually morph into the offerings that are most suitable and attractive for the changing labour market.

So employers are facing a challenging and bumpy sleigh-ride in the years ahead. Those that adapt best will find that the presents under the Christmas trees of the future include improved employee engagement, lower absenteeism, better productivity and of course lower recruitment and retention costs. These are presents that any employer would surely like to unwrap.

And in the meantime I am left feeling older than I did before my visit to Santa.

My very best wishes for Christmas and the New Year to one and all.

For the full original article and other similar posts, please visit the Jelf Group blog.