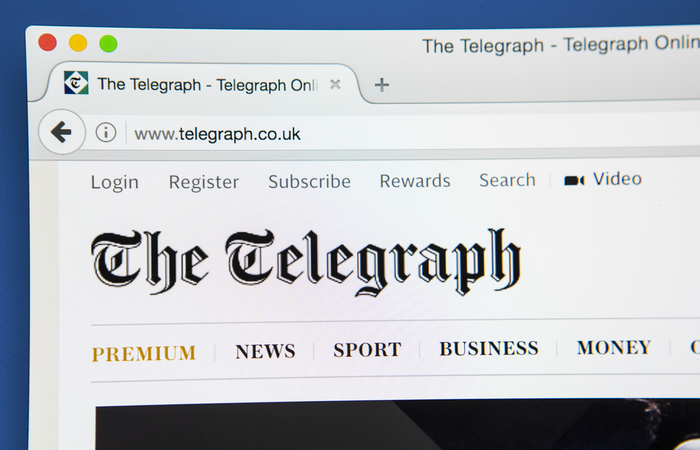 Telegraph Media Group (TMG) has reported a 20.5% mean gender pay gap, as at April 2020. It has also voluntarily chosen to report its ethnicity pay gap data for the third year, reporting a 20.7% mean difference.

Due to the Covid-19 (Coronavirus) pandemic, gender pay gap reporting regulations have been suspended for the 2019/2020 reporting period, however, Telegraph Media Group has chosen to voluntarily disclose these figures, as well as reporting its 2020/2021 figures.
The organisation’s median gender pay gap among more than 1,000 employees is 18.9% as at April 2020, compared to 17.7% at April 2019.

The proportion of ethnic minority employees in the organisation’s highest pay quartile is 8%, in the second quartile 13%, in the third quartile 14% and in the lowest quartile 17%.

Nick Hugh, chief executive at TMG, said: “We are committed to diversity, inclusion and belonging, creating a sustainable culture of inclusion for our employees. We continue to invest in and support activity that reduces our gender pay gap. Closing the ethnicity pay gap is also a key goal for our organisation, and as we did in 2019, we are voluntarily including details in our report.

“This year, we have made commitments which we hope will contribute to change in this area, including embedding mentoring and sponsorship that supports career progression. This report outlines just some of the activities we are undertaking to continue to support our ambition for a diverse and representative workforce. We are satisfied with progress but realise we have much more to do.”