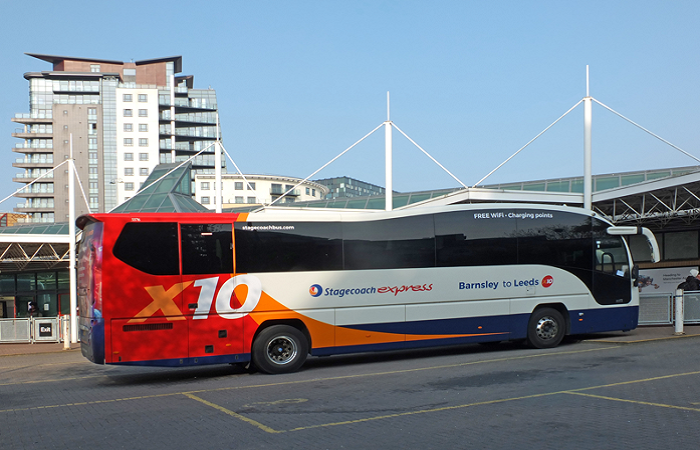 More than 560 Stagecoach bus drivers based in Sheffield, Barnsley and Rotherham in Yorkshire have been striking over a pay dispute.

The organisation’s employees were balloted earlier this month (November) for strike action after a pay offer was rejected, with the results revealing that they supported the idea.

It began at the garages in Barnsley and Rotherham on 27 November and will continue until 3 December, while action in Sheffield started on 28 November and will finish on 4 December. The only services set to run between these dates are for dedicated school buses.

According to the union, Stagecoach offered its South Yorkshire workers a 2% pay rise, which was below what it had offered employees in other areas of the country.

Unite general secretary Sharon Graham said: “Stagecoach made profits touching £60 million last year… yet it cannot make a decent offer to its staff. Unite is pledged to fight for the pay and conditions of our members, so we will be relentless in the campaign to ensure that our members at Stagecoach in South Yorkshire get a fair deal.”

Phil Medlicott, Stagecoach Yorkshire’s managing director, explained that he was disappointed with the union’s response and that staff had been offered a 4.5% increase to their hourly pay rate.

He commented that the Stagecoach employees deserve a pay rise and that the business has left no stone unturned in its attempts to reach a settlement with Unite.

“Despite the positive and flexible approach we have taken in talks with the union, it’s very disappointing that this has progressed to strike action which is in nobody’s interests. We remain open to continuing discussions with the union and would urge them to call off this unnecessary action, which will cause untold inconvenience to local communities and will hit the pockets of our employees and their families,” Medlicott said.