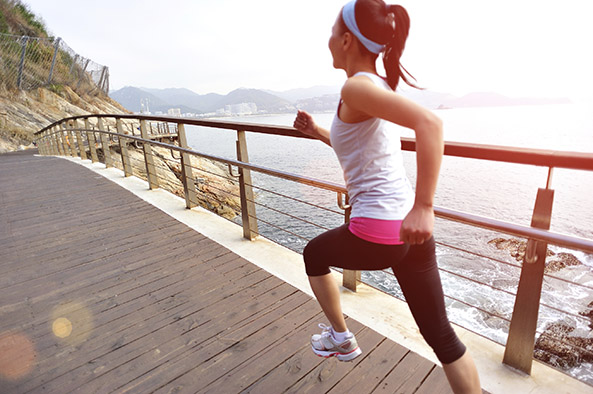 Remember the Olympics last Summer? If you spent those couple of weeks tuning into the Beeb, you probably heard a lot of comments along the lines of the athletes “breaking through barriers”, “showing great mental strength”, or being “in the zone”. Although clichéd at times, this vernacular shows us that a sportsperson’s mentality is just as important to their success as their physicality. As spectators, we let the frenzy take hold, and we might even go for a run, but the lessons we’ll take from these sporting deities will go beyond how far we can run, or how many reps we can do at the gym; we can learn how to apply the mentality of a sportsperson to our everyday work. These athletes are not in it for the money; their motivation transcends the tangible realm of salary. They strive for something that they may never achieve purely because they want to succeed and be the best in their field. Or track; whichever. How do us mere mortals extract this mentality from within ourselves?

The Chimp Paradox
One of the leading experts in this area is Prof Steve Peters, whose ‘Chimp Paradox’ has been referenced by many Olympians (Sir Chris Hoy, no biggie) as the mind programme which helped them become so successful. Steve is currently working with Liverpool FC though, so personally I hope it doesn’t work every time…

Prof Peters’ mind model shows that the brain is actually divided into three:

I would recommend you read the whole thing, but to sum up; the Chimp is the most powerful part of our brain, and it is often responsible for the actions we take that we wish we didn’t (road rage, for example). Having a Chimp is like owning a dog; you can’t change its characteristics, but you are responsible for nurturing it and making it behave. To help separate yourself from the Chimp, you can name it (side note: “Mambo” is already taken). But bear in mind it’s not good or bad, it’s just a Chimp; it has primitive, natural emotions, and the Human must take care of how these emotions surface.

How does this apply to the workplace? Well, you can probably think of plenty of work situations where you could’ve tried harder to keep the irrational Chimp in check. However, it is also the Chimp who asks the awkward questions which can hold you back, like, “But what if I fail?”

Think of any difficult situation you’ve come across recently; say, a tough conversation with an employee. None of the above reactions will give you a positive result. So, the Human must take charge, identify when the Chimp is starting to surface, and intervene with rationality. It’s the same with exciting challenges; your Chimp will immediately be the pessimistic voice, but you need to be positive.

The athlete’s brain
You’ve probably heard of athlete’s foot. This is not that. Athlete’s brain is much more positive. Apparently I do not always have the mentality of an athlete. Just now it was Mambo who wanted to eat an entire packet of bourbons. Sophie knew this was a bad idea, but Mambo shouted loudest, and now, post-biscuits, Mambo’s asleep and Sophie feels guilty. Athletes must not exhibit this lack of control over their Chimp. Jessica Ennis-Hill’s Chimp probably craves Doritos all the time, but her Human is much more in control.

Athletes are driven by reward. They will often visualise themselves winning; they go through the motions of the sport in their mind and picture the gold medal or trophy at the end of it. You can see how this will apply to your business – specifically your reward and benefit scheme – and your culture. The Human thrives on having a purpose and a goal, the Chimp displays the primal desire to show dominance over peers and win (obviously this needs to be curbed in order to avoid going all “Wolf of Wall Street”.) These two parts of your brain can actually work together to make you more focused and productive at work. As an employer, having a benefits scheme in place will be a motivator, but so will day-to-day rewards and ‘thank yous’.

Mental training skills in sport – same as business
That’s awesome about reward schemes, but what about the workplace as a whole? In terms of mental skills, there are countless parallels between the sporting and business worlds: motivation, energy, self-confidence, stress relief, concentration, professionalism, teamwork – these are all essential to both sport and business. Investing in coaching these skills will benefit the individual, the team, and the business as a whole. Training Zone has done some research into how this kind of training helps prevent engagement issues at work. The mental gains obtained via this type of training will bring about the results we so often see in sport: consistent performance under pressure, financial returns, improvements in atmosphere and environment, engagement in the task at hand.

Health and wellbeing schemes
It’s not just the psychology which has crept into the workplace; it’s the actual sports themselves. You may already have introduced a Cycle to Work scheme; perhaps discounted corporate gym membership; or you might have a 5-a-side team with your colleagues. Research showed that there was a sharp incline in these types of schemes in the immediate aftermath of the London 2012 Olympics, however, reports have since surfaced which highlight that the post-Games enthusiasm was short-lived. Hopefully the Rio ‘Games have rejuvenated this passion, but as employers, maybe it’s time to bring lunchtime running clubs back into our workplace routine. The physical activity will – in most cases – have a positive impact on our psychological state at work, which in turn will have a great impact on our need to pursue physical activity.

So, you see, there’s a sportsperson – and a Chimp – in all of us. I’m afraid I must dash; Mambo’s getting hungry for Krispy Kremes, and all I have is an apple…