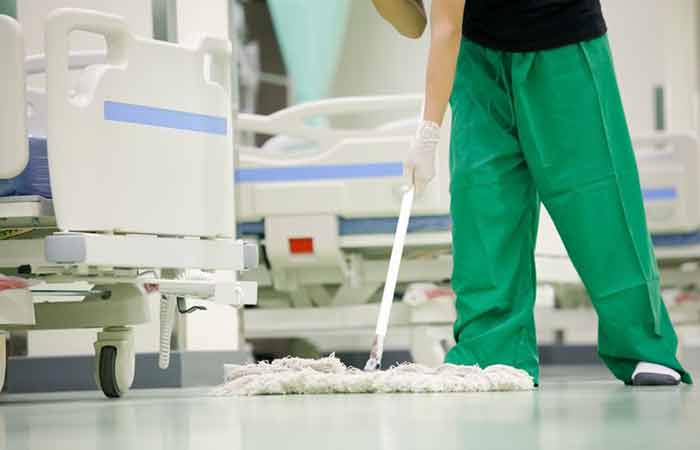 Hundreds of hospital porters, cleaners and catering staff employed by outsourcing business Serco are to go on strike in a dispute over pay.

Members of the union Unite who work at London hospitals St Bartholomew’s, the Royal London and Whipps Cross will walk out for two weeks from Monday 31 January, warning that further strike action will follow if their demands are not met.

The union claimed that staff employed at these locations by Serco – who it described as “mainly black, Asian and ethnic minority” – are paid up to 15% less than directly employed NHS workers.

Unite regional officer Tabusam Ahmed insisted the union had given Serco and the Barts Health NHS Trust, which oversees all three hospitals, over a month to consider their position before strike dates were announced.

“Instead of using that time wisely, they’ve dragged their feet and offered too little too late,” said Ahmed. “Barts and Serco must now deliver a pay increase that addresses the poverty pay and gross inequality of treatment compared to directly employed NHS staff in other hospitals in London.”

Taddy McAuley, Serco’s contract director for Barts Health, said the team was “extremely disappointed” with the notification of strike action from Unite, as it recently increased its pay offer to a total of 3%, backdated to April 2021.

“This is the same percentage increase as that being received by people directly employed by the NHS,” he insisted.

“Serco also recently announced a £100 ex-gratia payment for all of our 52,000 front line employees around the world, including all our colleagues at Barts Health.

“We look forward to further discussions with Unite and hope to work together to find a resolution that avoids the need for this unnecessary strike action.”

How to implement a pay strategy for hybrid working

Poll: 91% of employers aiming to bring in new wellbeing benefits