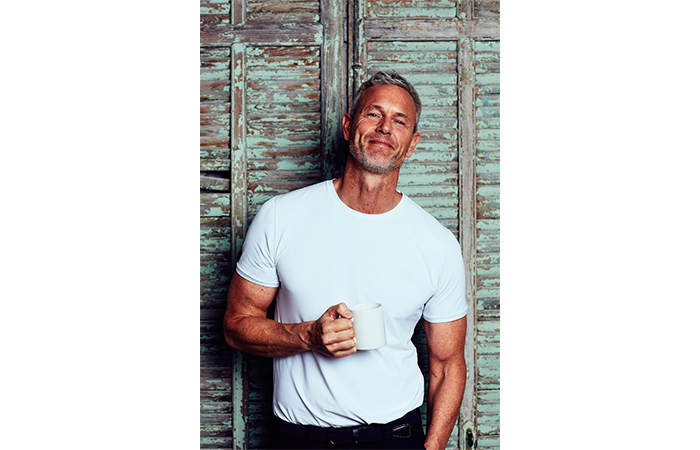 Gympass is delighted to welcome ex-Olympian GB swimmer and highly respected sports media personality Mark Foster to the 5th edition of its virtual Wellbeing Unplugged events.  On Thursday August 27 from 4pm, Mark will take the hotseat in the Gympass Wellbeing Unplugged Happy Hour to share his incredible journey including representing Great Britain in the Olympics and world championships and swimming for England in the Commonwealth Games. A former world champion with multiple medals to his name, Mark is also a well-known and well-regarded sports commentator and a passionate motivational ambassador for wellbeing.

Mark’s swimming career spanned 23 years from representing England at the 1986 Commonwealth Games at the age of 16 to his final Olympic appearance in the 2008 Beijing Games where he was honoured as the flag bearer who led Team GB in the opening ceremony.  Mark has represented his country more times and has been more decorated than any other male swimmer and simultaneously held the World Record for 50m Freestyle and 50m Butterfly.

When he left competitive swimming, Mark found success as a sports commentator where his charisma and professionalism took him straight to the nation’s hearts.  His award-winning partnership with Clare Balding from the aquatics centre during the Olympics in 2012 made him a household name and Mark also co-hosted the BBC coverage of the World Swimming Championships from Barcelona with Gabby Logan and was part of the commentary panel at Rio 2016.

The ultimate ‘good sport’ Mark has appeared on the BBC’s Strictly Come Dancing, Celebrity Juice on ITV2 for Sport Relief, the Paralympic special of the Channel 4 show The Million Pound Drop with Countdown Presenter Rachel Riley (where they won £50,000 for charity) and as one of the ‘Superstars’ athletes on ITV’s ‘Beat the Stars’.

He is also patron of The Anaphylaxis Campaign, the UK charity for people with severe allergies, and an Ambassador of Pools 4 Schools, a programme to increase participation in swimming amongst primary school children.

With such an illustrious and varied career, Mark will have plenty to say in the Gympass Wellbeing Unplugged webinar: to join him, register here LINK

Co-op continues to focus on colleague wellbeing with Gympass partnership