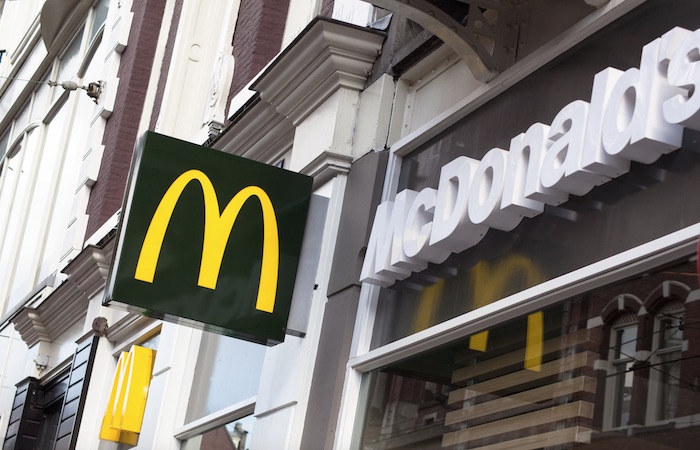 London-based employees working at McDonald’s UK, and who are members of the Bakers, Food and Allied Works’ Union (BFAWU), are undertaking strike action today (12 November 2019) in a dispute over pay, job security and working conditions.

The strike involves walkouts and picket line demonstrations at six of the organisation’s London restaurants.

Employees from restaurants in Wandsworth Town, Downham, Balham, Deptford, Catford and Crayford are protesting in a bid to raise minimum rates of pay to £15 per hour, as well as to call for an end to age-based pay rates. Employees are also requesting the option to work 40 hours per week if they wish to do so.

In addition, employees are also asking for recognition of their right to form a trade union as employees of the organisation.

This is not the first time McDonald’s employees have called for strike action over pay, secure working hours and safer working conditions. Employees held previous walkouts on 4 September 2017, 1 May 2018, and 4 October 2018.

The protests taking place today will culminate in a rally on Downing Street, commencing at 1pm.

The current strike has been organised to coincide with a global day of action for fast food employees hosted by the International Union of Food (IUF) workers, which includes demonstrations in various countries, including France, Brazil, Chile and New Zealand.

A spokesperson for BFAWU told Employee Benefits: “[A] fantastic turnout [today], including Keir Starmer [MP] on the Bakers Union McStrike picket outside the Wandsworth [restaurant].

“This [organisation] counts profits in the billions, while many of [its employees] rely on benefits to survive.”

A spokesperson for McDonald’s UK said: “We are extremely disappointed that a very small number of our people in just a handful of our restaurants are considering industrial action today. We understand only nine people are involved across six restaurants in London and the South East, which is a tiny proportion of our 130,000 workforce and 1,300 restaurants. Their potential actions do not represent our people.

“We are committed to investing in our workforce, listening to and doing what is right by them. While it is unfortunate this may be taking place, it is encouraging that there has been a steady decrease in the already small numbers of our people previously balloted. In October 2018, when activity was last planned, ultimately none of our people actually took action.

“We are also aware that there have been some additional small scale events organised and attended by the BFAWU. These are not strikes, and we believe very few of our people are involved.

“As a growing and successful organisation we, along with our franchisees, will continue to invest in our people and create quality jobs and opportunities for all. We regularly review pay and benefits to ensure we are rewarding our people, and we pay well above the government minimum wage. Our pay rates are extremely competitive within our industry and are ahead of many of our competitors.

“The BFAWU is calling for 40-hour guaranteed contracts, which is something we already offer, but has been chosen by very few of our people. With all given the choice, around 90% of our employees have chosen to remain on flexible contracts, valuing the ability to work their shifts around their lives.

“We remain committed to our people and value the contribution they make to our organisation, and would like to reassure them, and our customers, that restaurants will remain open if industrial action takes place.”