Johnson Fleming employees have raised more than £400 for their chosen charity of the year, CLIC Sargent, with a series of fundraising events. 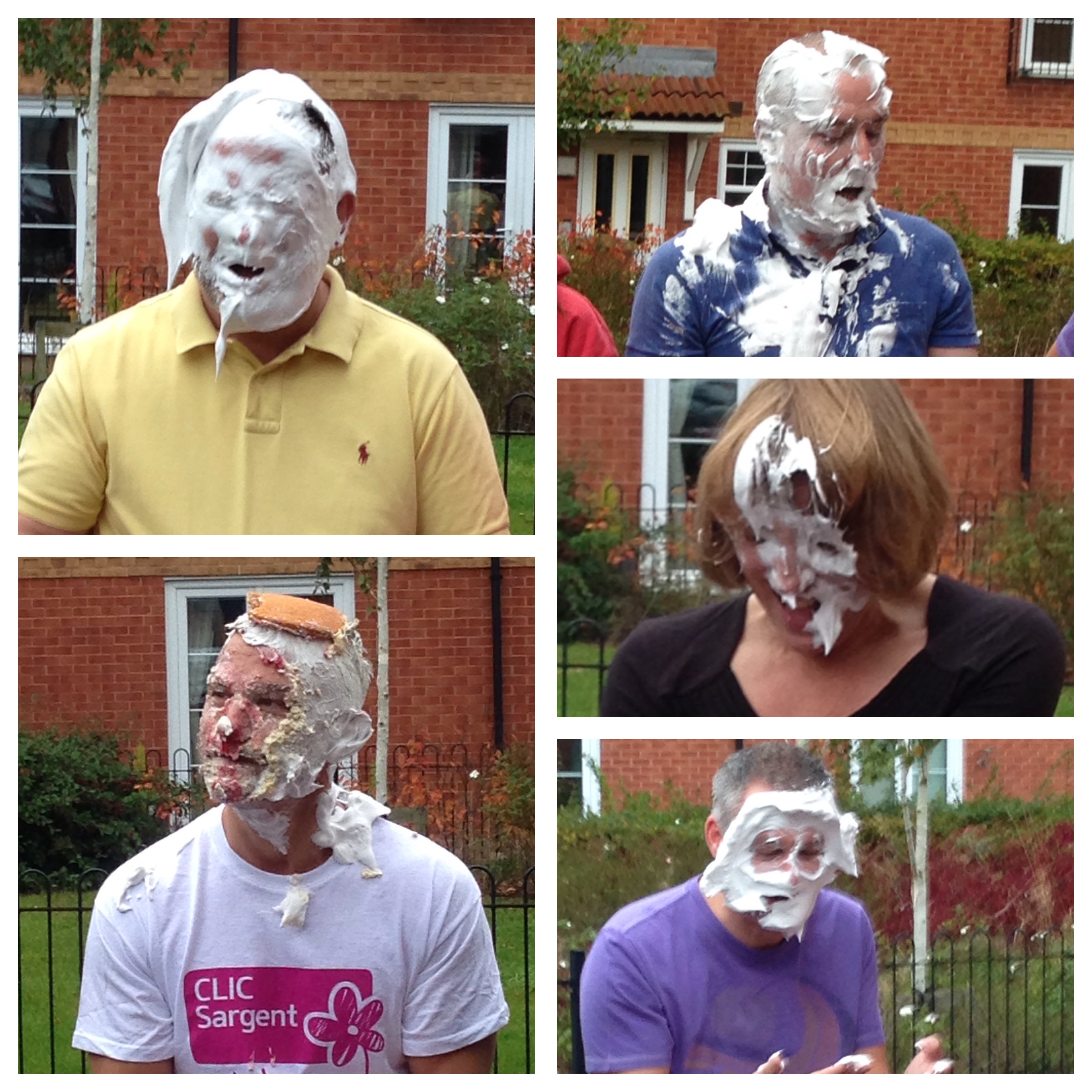 Events included a charity netball match followed by the #whippingchildhoodcancer challenge, which saw members of the senior management team receive a whipped cream pie to the face.

Thanks to Bromsgrove-based Ryland Centre, which provided the use of its facilities for free, Johnson Fleming employees were able to participate in a charity netball match that saw different areas of the business pitched against each other. The match saw Team Finance, Consultancy and Marketing win by a margin of 14 points to five. A fining system was also enforced, which saw those involved in foul play or unsporting behaviour fined; this helped bring the afternoon’s fundraising efforts to £201.50.

Following on from this, members of Johnson Fleming’s senior management team each took a cream pie in the face in aid of CLIC Sargent’s #whippingchildhoodcancer challenge. Bids were placed for the opportunity to ‘pie’ a member of the team, with the total amount of bids reaching £200.

Chief executive officer Simon Fletcher said: ‘We are delighted to have been able to raise £400 for CLIC Sargent these past few weeks. This has seen our current total rise to around £1,600. Sean Moore, who works in our IT department, will be taking part in the Birmingham Half Marathon on 19 October, which will hopefully see us move closer to our overall target of £5,000, and we have further events planned over the coming months.’

Guidance guarantee to be delivered under single brand

A quarter of expats have no international health cover