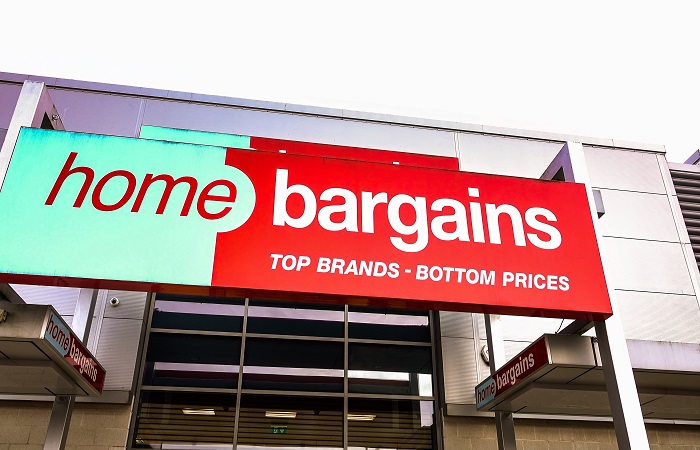 Discount retailer Home Bargains has announced that it will close its UK stores on Boxing Day and New Year’s Day to thank all of its employees for their hard work over the past year.

Liverpool-headquartered TJ Morris, which trades as Home Bargains, also gave workers the day off on 26 December in 2019 and 2020. It will additionally be closing all shops at the earlier time of 5pm on Christmas Eve, with stores typically shutting around 8pm during the week and on Saturdays, and 4pm on Sundays.

The retail giant, which employs 22,000 staff across 500 stores throughout the country, has said this is a way to reward staff who have worked throughout the Covid-19 (Coronavirus) pandemic, with the closure enabling workers to spend more time with friends and family after an “incredibly difficult period”.

According to a Home Bargains spokesperson, the organisation recognises how “incredibly hard” all members of staff have worked over the last year continuing to serve the local communities that rely on them so much.

“In light of this, we felt it was only right to reward store teams by taking the decision to close all of our stores on Boxing Day and New Year’s Day, and also close stores early at 5pm on Christmas Eve. As a family-run business we know the importance of being together at Christmas with those we care about most, now more than ever, and this is our way of saying thank you to all of our colleagues for their continued hard work and dedication,” the spokesperson explained.

Supermarket chain Morrisons announced last month (August) that it will close its almost 500 shops on Boxing Day in order to reward its more than 110,000 staff for working hard in the Covid-19 pandemic with an extra day of leave.