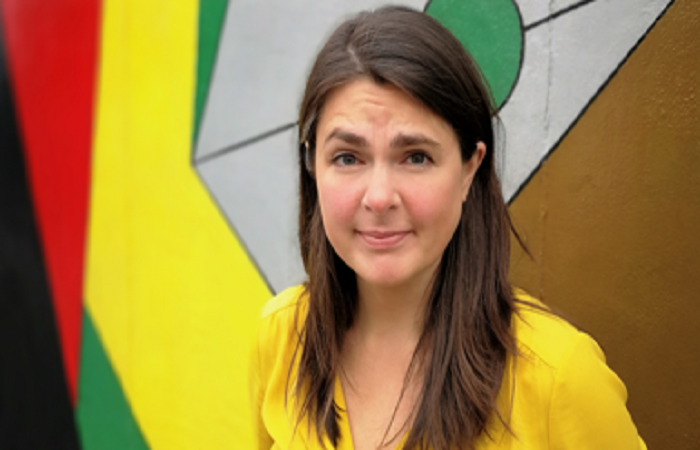 Employee Benefits Live 2021: The Covid-19 (Coronavirus) pandemic has “turbo-charged” discrimination against working mothers and pregnant women, and employers must turn this around, according to Joeli Brearley, founder of campaign group Pregnant Then Screwed.

“This is a key time for all of us. As ambitious employers and HR professionals you are in the vanguard as we move forward in the post-pandemic world of work,” she told delegates on the second day of Employee Benefits Live 2021 at London’s ExCel.

Maternity discrimination is a “problem that needs significant structural change and practical action”, she added. “The gap is wide and deep and made up of discrimination against pregnant women and mothers. It’s existed for far too long and has been illuminated and exacerbated by Covid.”

Brearley cited a series of alarming statistics demonstrating the severity of the issue: 77% of working mothers have encountered some form of discrimination in the workplace and 54,000 women a year are pushed out of jobs due to pregnancy, according to the Equality and Human Rights Commission. This accounts for one woman every ten minutes, she said.

The way the UK childcare system is set up makes things worse. The average full-time childcare place costs £14,000 a year and as a result around 870,000 mothers who want to work end up staying at home because they cannot afford it. A third reported that childcare costs were more than their rent or mortgage, according to a survey by Mumsnet this year.

Brearley set up Pregnant Then Screwed in 2015 after she was made redundant by a children’s charity when she was four months pregnant with her first child. There is a three-month time limit on bringing an employment tribunal, so she – like many women – chose to preserve the health of her pregnancy rather than pursue a stressful legal battle.

The charity answers thousands of calls from women in similar situations and Brearley described a spectrum of discriminatory treatment ranging from women being asked by their bosses to consider an abortion to one manager demanding a woman vomit into bin to prove she was suffering with hyperemesis, a pregnancy-related condition. Non-disclosure agreements (NDAs) prevent many women from speaking out about their treatment.

While the pandemic has opened up more conversations about flexible working, it has also deepened discrimination against working mothers in a number of ways, she added.

“The pandemic thrust vast amounts of low-paid or unpaid care on women, and pregnant women and working mothers are often the first to be pushed out when businesses are making cuts or bracing for a difficult working environment,” she said. “Women should be given a medal to recognise the Herculean effort put in to homeschooling and do their jobs but they’re called into question.”

She urged employers to recognise that “social infrastructure is everyone’s problem”, and to participate in the national conversation over the affordability of childcare. Hiring women who balance caring responsibilities would pay off in terms of their skills and empathy, she advised.

“Working mothers represent some of the best talent you can hire. Find out what support they need, eliminate presenteeism and don’t just think about flexible working – do it.”