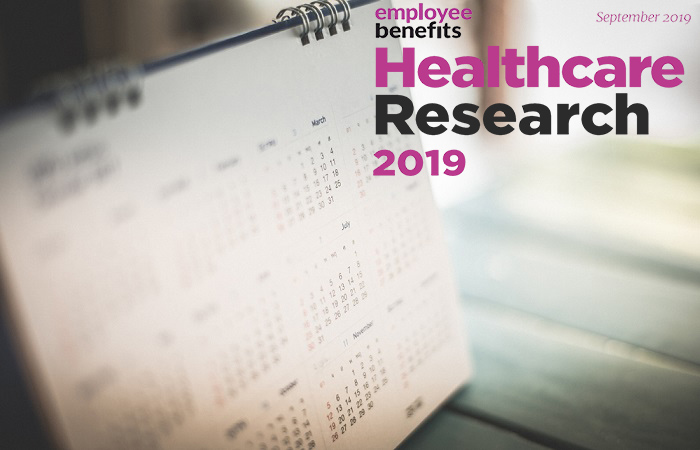 EXCLUSIVE: In 2018, 45% of employers intended to place an increased focus on mental wellbeing support; a year on, 60% have actually done so, according to research by Employee Benefits.

The Employee Benefits/Health Shield Healthcare research 2019, which surveyed 202 HR decision makers and influencers, also found that a further 50% of respondents intend to take the same approach next year.

The rise in focus on mental wellbeing means that, despite continuing to rise in popularity itself, going from 41% in 2018 to 56% in 2019, communicating benefits has been overtaken as the most common action taken over the past 12 months.

Far from slipping off the agenda, however, 51% plan to put a greater emphasis on communication over the coming year, placing it top of the list of future priorities. Given the costs involved in providing healthcare benefits to staff, ensuring they are aware of, and willing to engage with, the initiatives and products can be key to optimising ROI.

As health, wellbeing and the links to engagement and productivity become ever more prevalent among employers, it is perhaps unsurprising that 44% have increased the number of health benefits they offer over the past 12 months, with a further 34% planning to do the same in the coming year.

An increasing focus on financial wellbeing support also remains high on the agenda among those employers that have already taken action, as well as those that are planning to do so.

Although the percentages have fluctuated slightly, these trends are all broadly in line with those in 2018 and 2017. However, a noticeable change year on year is the proportion of respondents that have taken no action around their health benefits. Just 12% reported this was the case this year, compared with 25% in 2018 and 27% in 2017.

EXCLUSIVE: Only 10% do not currently offer mental wellbeing support to employees