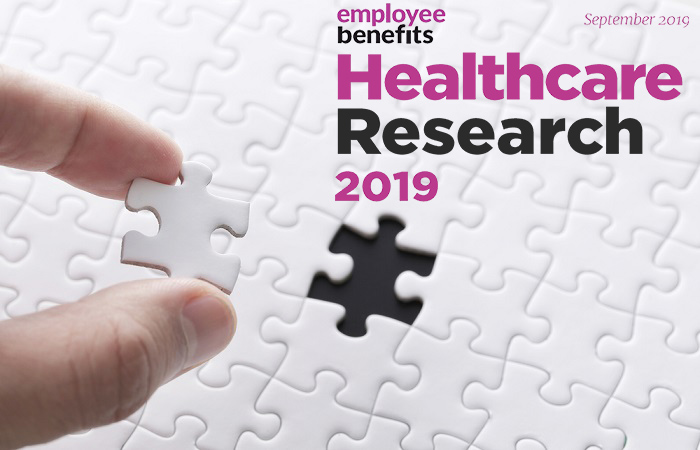 EXCLUSIVE: Despite a slight drop in 2018, mental health issues have seen a considerable overall increase in importance for employers over the past few years; 67% offered relevant support to their employees in 2017, which has risen to 79% this year, according to research by Employee Benefits.

The Employee Benefits/Health Shield Healthcare research 2019, which surveyed 202 HR decision makers and influencers, also found that, among those respondents whose organisations do not currently offer mental health support benefits, the majority are either aiming to introduce them in the next 12 months (50%), or are in the process of designing a mental health support strategy (41%). In comparison, in 2018, only 29% responded that they planned to introduce relevant supports, while a further 29% were at the design stage.

Among organisations that have yet to introduce mental health support, cost and resources are still the most common barriers. Cost has risen in prominence since 2018, being cited by 32%, compared with 20% last year, whereas lack of resources appears to have decreased as a key barrier, dropping by 20 percentage points since 2018.

Mental health initiatives continue to gain wide support from employers; the Time to Change pledge is a social movement operated by mental health charities Mind and Rethink Mental Illness, and has been adopted by more than 1,175 employers to date. The pledge is a commitment to change the way people think and act about mental health in the workplace.
It requires employers to create an action plan of measurable activity to promote positive
mental wellbeing.

PR firm Speed launched a new wellbeing programme to support its commitment to the pledge; this provides its employees with physical and mental wellbeing support, including mental health first aiders, training and regular activities.

Gympass has created a specific mental health policy to help build a culture where staff feel comfortable and supported. It hosts wellness breakfasts and events and has introduced mental health champions across the business.

Other organisations that have signed the Time to Change pledge include British Gas, Transport for London, Royal Mail, Barclays, Marks and Spencer and Shell.