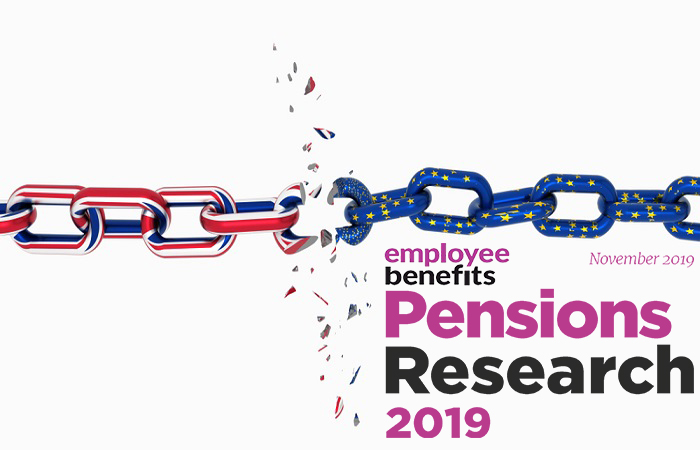 EXCLUSIVE: 77% of respondents say it is too early to tell how Brexit will impact pensions, according to research by Employee Benefits. This is a slight decrease on the 85% that said the same last year, but remains significantly higher than the 39% that said the same in 2017.

At the time the Employee Benefits/Wealth at Work Pensions research 2019, which was conducted during October 2019 among 135 HR decision makers, was carried out, the UK was still several weeks away from the projected date for leaving the European Union (EU). The level of uncertainty that has surrounded the move in the years and months leading up to the event means it is unsurprising that the majority are uncertain of its potential impact.

With few survey respondents feeling confident enough to suggest concrete impact as the date has drawn nearer, it will be interesting to see how events play out over the coming year.

In relation to other future trends, just 7% of respondents offer a workplace lifetime individual savings account (Lisa). This is in line with the 7% that said they planned to do so when first asked in 2016, prior to its introduction.

The Lisa allows those aged 18-40 to save up to £4,000 a year until the age of 50. Although not specifically designed solely as a tool to save for retirement, the government will contribute a 25% bonus when the savings are used as a deposit for a first home, or for retirement if withdrawn once they are over 60. Although a further 11% have this year voiced plans to introduce the Lisa, the low take-up overall suggests employers typically favour more traditional savings vehicles.

Blair Adams and Kezia Daley: Brexit and the loss of EU nationals