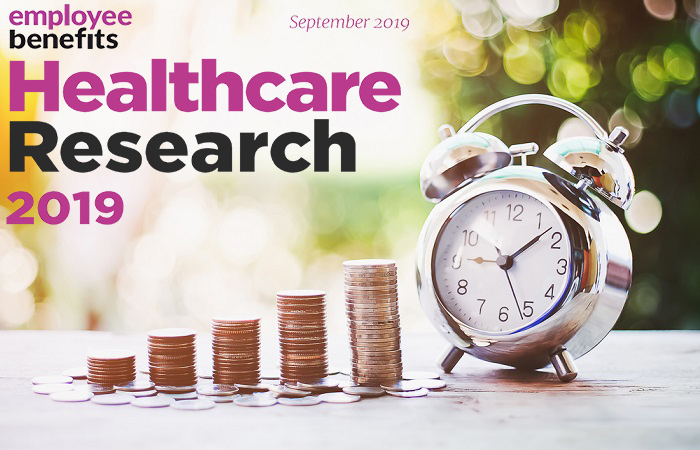 EXCLUSIVE: Overall, 32% of respondents are either unsure of, or do not actively measure, their organisation’s sickness absence levels, according to research by Employee Benefits.

The Employee Benefits/Health Shield Healthcare research 2019, which surveyed 202 HR decision makers and influencers, also found that a further 65% either do not know or do not record what percentage of payroll is represented by sickness absence cost per year.

In both instances, this is an increase on the figures from 2018, but considering the results over time, there has been little great change; for example, 32% did not measure sickness absence in 2013, and 30% did not in 2017.

Two-fifths (40%) of organisations that do track sickness absence see an average of between three and five days per employee each year, with a sharp drop off before the next highest options, six to 10 days per year (17%) and one to two days (9%). These figures remain roughly in line with last year, suggesting that levels of sickness absence have not changed substantially.

Among those employers that do measure the cost of sickness absence to their organisation, most report that these costs total 3% or less of payroll each year. This marks little change year on year. The proportion that cite absence costs of 5% of payroll, however, has fallen by nine percentage points this year.

Rhiannon Jenkins: What should employers do when employees’ annual leave plans are interrupted by sickness?

80% of staff have health and wellbeing worries