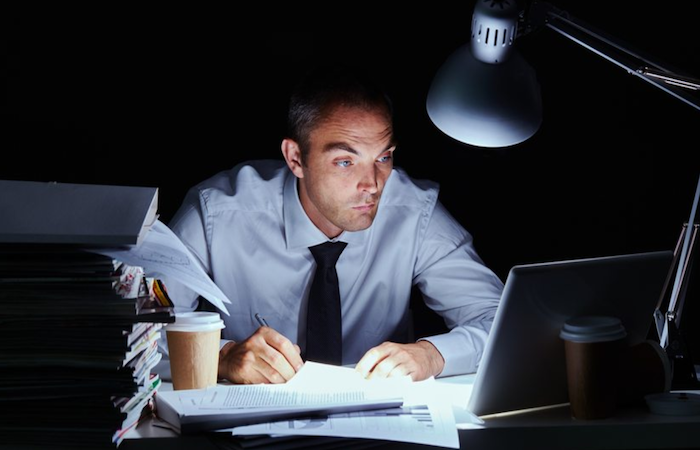 The Chartered Institute of Personnel and Development (CIPD) has called on employers to do more to recognise the ‘always-on’ culture that is now creating its own mental and physical health epidemic, and has also highlighted the problem of ‘leaveism’.

Findings from the latest CIPD/Simplyhealth Health and wellbeing at work report revealed that despite the rise in working from home policies – which in theory allow staff to better juggle their work and outside work commitments – presenteeism (working when unwell) has soared.

According to the data, some 77% of employers have witnessed it since the Covid-19 (Coronavirus) pandemic broke.

In addition, the study showed that working outside of contracted hours or using annual leave to work or when ill – so called ‘leaveism’ is on the rise too. It found 70% of employers have now observed this second ‘ism’.

But while the research discovered many organisations were taking steps to address both of these issues compared to last year, more than two-fifths experiencing presenteeism (43%) and leaveism (47%) were not taking any action to abate it.

According to the report, only 38% of employers were providing more line management training to support employee wellbeing following the pandemic, while less than half (43%) said they were training their managers to support people with mental ill health (down from 51% last year).

Only half of organisations have taken a strategic approach to wellbeing, while just a quarter (26%) said that budgets for wellbeing had increased since the pandemic began.

Commenting on the call for employers to do more, Rachel Suff, senior policy adviser, employment relations at the CIPD, said: “Increased support over the last year must not be viewed as a sticking plaster for the situation we are currently in. Instead, employers should view health and wellbeing as a business-critical issue and build on this support for the long-term.”

She added: “Employers should take a strategic and preventative approach to wellbeing in order to tackle work-related stress and unhealthy behaviour like presenteeism and leaveism. This must be role-modelled by those in senior positions.”

Although the vast majority of employers (82%) said they were concerned about the impact Covid-19 was having on their staffs’ health and wellbeing, the report found the typical response by companies was to introduce flexible working (83%).

Angela Sherwood, chief people officer at Simplyhealth, said: “Over half of organisations have increased employee wellbeing support or benefits in light of the pandemic, while just over a third are focusing more on providing virtual health services.”

She added: “But as the health landscape continues to evolve rapidly, wellbeing strategies need to adapt to provide the holistic, relevant healthcare people need and deserve.”