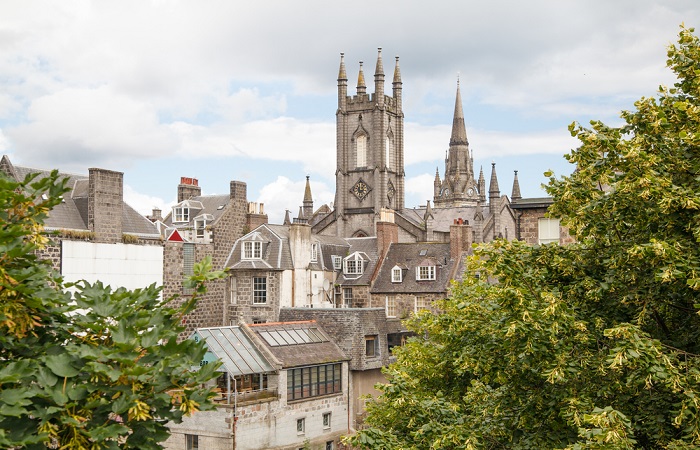 Employees who live and work in Aberdeen, Hull and Edinburgh are among the richest in the UK, according to research by CV Library.

The study compared the basic living costs against average salaries for UK professionals in 18 of the UK’s key cities from July 2019 to 20 October 2019. It took into account the cost of basic monthly costs including rent, council tax, travel expenses, utility bills and groceries.

Employees in Aberdeen had an average income of £1,449 after bills per month, while Hull-based staff earned £1,238 on average, and those in Edinburgh earned £1,116, giving these cities the highest disposable incomes in the UK.

When it comes to the poorest employees, London, Manchester and Bristol are at the top of the list. Employees in London had an average of £221 per month of spending money after bills, while employees in Manchester have £833 and in Bristol £849.

Although London was the poorest when it comes to disposable income, it sits alongside Aberdeen and Edinburgh as one of the top three cities with the highest monthly salaries. In Aberdeen, employees earn an average salary of £2,400 per month, in Edinburgh £2,303 and in London £2,348.

The basic cost of living in Aberdeen is £1,176 cheaper than in London. In Aberdeen, employees on average spent £950 per month on living costs, compared to an employee in London who spends on average £2,348.

Employees with the lowest salaries in the UK are Sheffield, Leicester and Liverpool, where employees on average earn between £1,882 and £1,957 per month, with a disposable income ranging from £924 to £1,007.

Lee Biggins, founder and chief executive officer of CV Library said: “It’s clear from our findings that the North/South divide still very much remains here in the UK, particularly when it comes to pay and living costs.

“We know that these are uncertain times and it’s interesting to note that pay has gone up in a lot of major cities across the UK. The key driving force behind this is the fact that businesses are struggling to hire right now and are therefore pulling out all the stops in a bid to attract more people to their roles.”