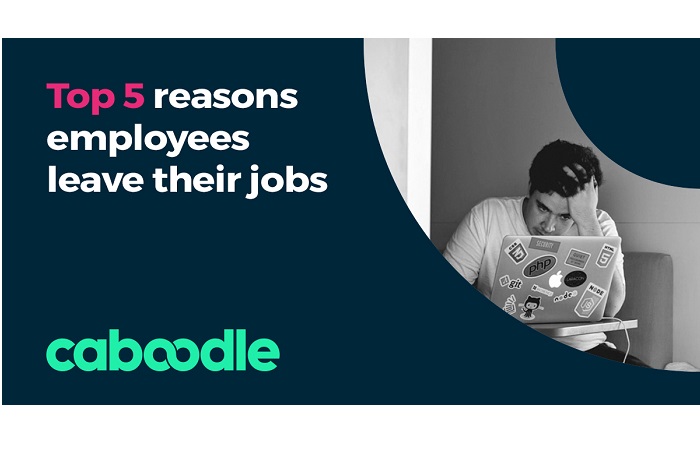 Understanding why people leave their roles is key to improving retention. In this year’s version of their yearly report ‘The Employee Retention Report’, the Work Institute shed light on just why it is employees move on from their current roles.

The study contains insights from interviews with over 250,000 employees into preventable reasons why employees leave their employers.

Here are the top 5 reasons employees leave their jobs.

For 9 years in a row, the Employee Retention Report has found that career development is the number 1 reason why employees leave their jobs.

Over 22 out of 100 leave their role to further progress their career. This splits down into several career development reasons which the report also considers.

The type of work remains the number 1 career development reason for an employee leaving a role.

Lack of growth and development opportunities is the second highest reason and has seen an increase of 170% since 2010.

Around 12% of respondents reported that they left their role to improve their work-life balance.

66% of those who said they had left to improve work-life balance reported that it was the offer of an improvement to their schedule that persuaded them.

Schedule flexibility was also reported as a key factor by 4.8% of those respondents.

An improvement to their work commute (24.6%) and an improvement in travel (4.2%) were also cited by respondents.

11% of respondents in the report cited that they left due to the behaviour of their managers/supervisors.

Unprofessionalism was by far the most cited cause of respondents leaving their roles, with poor treatment, lack of support and general behaviour also cited.

Just over 9% of respondents reported that compensation and benefits were the key reason they decided to pursue a new role.

While compensation was cited by more employees as the main reason for leaving, a poor benefits offering being cited as a reason for switching employer has increased by more than 100% since 2010.

Relocation was also cited by just under 10% as a reason for leaving their role for a new employer.

The number of respondents citing this as the key factor for pursuing a new role has stayed relatively the same for the last 5 years.

Relocation however is a largely unavoidable factor for employers to consider.

What can employers do?

Retention is key and poor retention can cost employers thousands per year.

Before tackling each individual issue it’s important to put in place a process for identifying key issues and preventing them going forward.

Exit and stay studies that are thorough will help identify root causes of turnover and give you an idea of where your company should focus its efforts and where the issues lie.

While this may not immediately solve any turnover issues, it will help prevent any future decline in retention by identifying why employees are choosing to move on.

Continually communicate with employees going forward both on a group and individual basis to determine whether employees are happy in their role and whether there are any suggestions for change.

Addressing the career development issue, based on the research, would be beneficial for the majority of companies.

Create customised career plans for employees, taking into consideration the employee’s current skills, motivations and interests and what needs to be done to progress that employee.

As important as planning is the execution. The career development problem involves employees not getting work or tasks that were promised or being assigned tasks that they didn’t anticipate. It’s as important to put a plan in place as it is to execute the plan!

Reasons for leaving like relocation are largely unavoidable, however most of the top reasons are avoidable. By addressing these issues, employers can save themselves thousands per year!

Electric by 2030: Why its good news for the Car Benefit Scheme

Creative perks and initiatives to support and reward your team

What is the MotorSave employee benefit scheme?

Greater Than One hires Carol Fraser as CPO

Mental health not a priority for 43% of employers