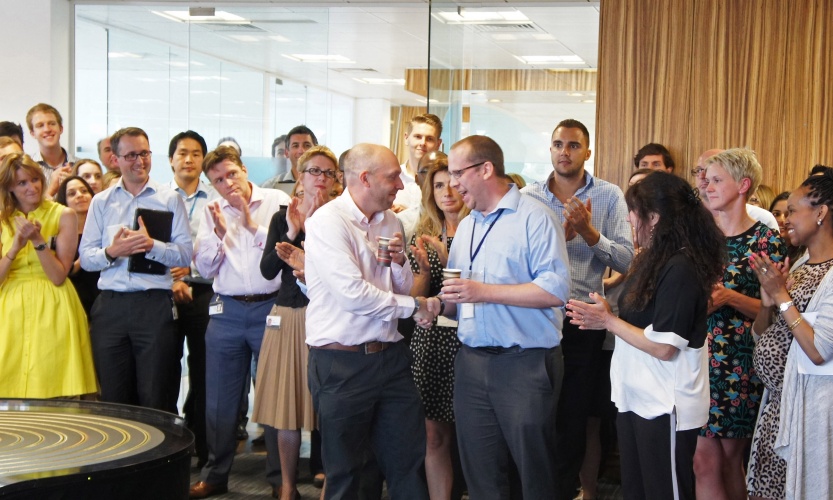 Less than a year on from launching its employee recognition programme, Domestic and General, the UK’s leading appliance care specialist, has reported that more than 50% of its 2,700 international employees have engaged with the campaign.

The programme launched in October 2014 in partnership with incentive and reward experts Red Letter Days for Business and was designed to support the company’s values and strategic programmes. In 2015, Domestic and General launched its new leadership framework, YOU, which focuses on the strengths and behaviours the company sees as essential for its future success. A new recognition category, more of YOU, was created to help underpin the framework’s objectives.

Philip Harvey, group HR Director at Domestic and General said: “We’ve been very pleased with how many of our employees engaged with the scheme in its first year. Expectmore recognition is used regularly by employees in every site and we have already had monthly award winners from four of our six operating countries. Our flagship Employee of the Year award generated more than 50 individual nominations and our first Team award included members of 10 different departments. The more of YOU award gives everyone a platform to recognise and celebrate great leadership behaviours and really supports our organisation’s development journey.”

Domestic and General’s recognition programme has four reward levels – everydaymore, managingmore, more of YOU, and Employee of the Year. The company use an online points platform, designed by Red Letter Days for Business, to manage and communicate its campaign internationally. Employees are rewarded with points, between 10 to 500 for individuals, or 1,000 points for a team. The points can be turned into a monetary value to be redeemed online with high-street retailers, at restaurants and cinemas, on holidays, or on a range of experience days.

The everydaymore reward level generated considerable interest at the time of launch as it put the nomination power solely into the employees’ hands – every employee can say thank you to a colleague with 10 points, no further authorisation from a manager is needed.

Philip Harvey said: “Putting the power to spend the company’s money in every one of our employees’ hands was a strong decision. We were confident that such a level of inclusion would help get everyone behind our strategic projects and drive a culture of accountability and leadership. We’ve been pleased with the response and see this openness as a continuing part of our future scheme.”

Bill Alexander, CEO at Red Letter Days for Business, said: “Recent research shows a third of employees would choose a voucher as a reward from their employer. It is evident in Domestic and General’s programme how popular and flexible this type of reward, such as our lifestyle gift card, can be – they’ve see employees go on sky dives, surprise holidays and even use their awards to help make their wedding day extra special.

“It has been a delight to work with a company who really understands the power of recognition. Regular ‘thank yous’ from peers, managers and directors should never be underestimated as they have a huge impact on engagement and really do bring workforces together.”

Trends in employee incentives in 2017