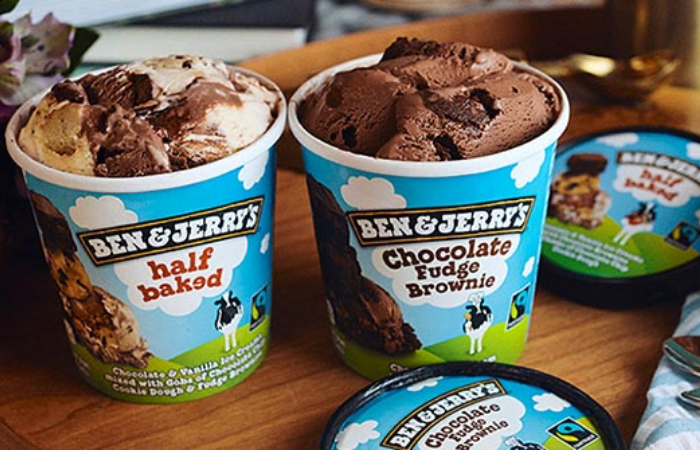 Ben & Jerry’s premium ice-cream was founded by Ben Cohen and Jerry Greenfield 30 years ago. It has since evolved into a brand name with nearly 160 franchised shops in America and many more globally, the company has a line of products sold in supermarkets almost everywhere.

Ben & Jerry’s is now owned by Unilever who say they will no longer do business with any firms that refuse to pay the living wage. The company, which manages the circulation of 60,000 brands, including Magnum, Persil and Dove – said it will refuse to do business with any firm that does not pay a fair wage by 2030. Ben & Jerry’s defines the living wage as “One that covers a family’s basic needs and helps them break the cycle of poverty”.

The company says that this initiative will help raise awareness of those living on an unfair income whilst also promoting economic inclusion. The wage should be enough to cover food, water, housing, education, healthcare, transport and clothing.

“Our ambition is to improve living standards for low-paid workers worldwide.”

Ben & Jerry’s has also helped many people get back on their feet financially. For the last 30 years, Greyston Bakery, in New York, where Ben & Jerry’s famous brownie flavoured ice cream is produced have made it a policy to hire anyone who comes in the door, without asking questions, this includes homeless people and ex-convicts.

Ben & Jerry’s have made it their mission to make the ‘unemployable more employable again’. New workers go through an intensive training period and a 10-month apprenticeship. Ben & Jerry’s say they as a company believe that people should be judged on how well they do a job, not on their past.

“Rather than spending money on interviews and background checks, we are spending it on training and development.”

The ice cream company is also doing all it can to improve its environmental footprint. Ben & Jerry’s has focused on ensuring that all the paperboard used in their cartons and boxes comes from environmentally friendly sources.

In 2018 Ben & Jerry’s embarked on a mission to eliminate single-use plastics from all their products. In 2019 the ice cream brand ditched all its plastic straws worldwide and also plans to address plastic cups and lids by the end of 2021. Ben & Jerry’s say they are committed to exploring additional options to further reduce the use of disposable items.

We’re proud that Each Person is the only employee reward scheme that is entirely aligned to fighting climate change by planting trees. We believe climate change is more important than ever and should be at the forefront of everyone’s mind.

As a successful enterprise, we believe it is our responsibility to give back. To reflect our own commitment to climate change, we’re donating 5% of our profits to the scheme.

You can help fund eco-projects with Epoints.

Donate today and plant a tree. From just 200 Epoints you can help: epoints.com/donate

How to come up with company values

Companies that are aligned to climate change John Lewis

How to inspire a creative and innovative workplace remotely