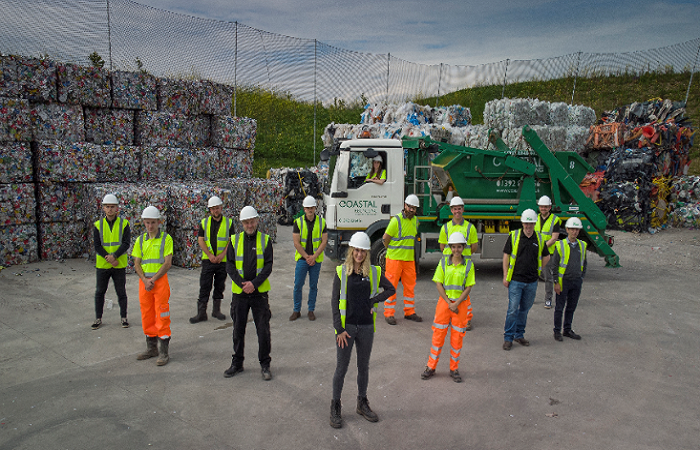 Exeter, UK based recycling and refuse collection services provider Coastal Recycling has announced its 140 employees are now the majority stakeholders in the business through an employee ownership trust (EOT).

This means Coastal Recycling can maintain its independent status, enable its staff to receive a share of profits and a bonus payment, which was awarded as part of the transition. Employees will have a voice to influence the organisation’s performance and more information will be shared relating to strategy, activities and financial performance, to give a sense of involvement and ownership.

Two of Coastal Recycling’s current board members, managing director Steve Hadley and commercial director Emily Delve, will remain in their current roles, with HR manager Beth Kelly joining the board to run the new EOT.

Coastal Recycling’s transition to an EOT was supported by a funding package from Lloyds Bank, with Paul Collings, the bank’s relationship director for the South West peninsula, commenting that he and the team are proud to have supported a long-standing client throughout its growth into an EOT.

Delve explained that the “fantastic” news means the business is now operated for the benefit of all the employees who work for Coastal Recycling.

“Our teams feel invested in the business and have a direct incentive to build a successful organisation that continues to deliver great service to customers. Staff will also share in the group’s financial success through profit related bonuses,” she said.

Hadley added that while the Coastal Recycling group of companies has grown year on year through its strategic focus and customer service, it recognised early on the importance of its staff as a key driver for its business. Therefore, it has invested heavily in them and the organisation in recent years.

“By becoming an EOT we have protected the independence of the business and given our teams a vested interest in the group they work for and the ability to share in its success,” he said.