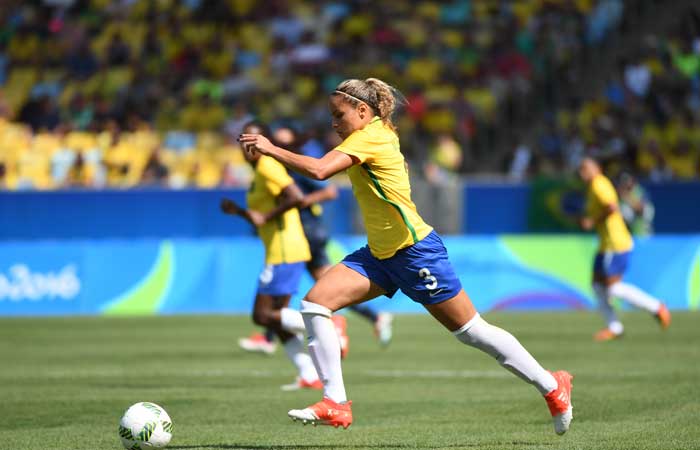 The Brazilian Football Confederation (CBF) is to introduce equal pay to bring its women’s football team’s pay in line with their male counterparts.

The organisation has confirmed that it will pay all of its players equal pay for any games proposed by football organisation FIFA, starting with the World Cup in 2022 in Qatar.

This is not the first time that the CBF has taken steps to close the pay gap; during the FIFA Women’s World Cup 2019, the organisation increased the pay significantly of its women’s team compared to previous tournaments, and in March 2020, during the International Tournament of France, the organisation paid the players an equal salary to the men’s team during that time period.

Rogerio Caboclo, president at the CBF, said: “The CBF has equalled the prize money and allowances between men’s and women’s football, which means the women players will earn the same as the men.

“What men will receive at the next World Cup will be proportionally equal to what is proposed by FIFA. There is no more gender difference, as the CBF is treating men and women equally.”