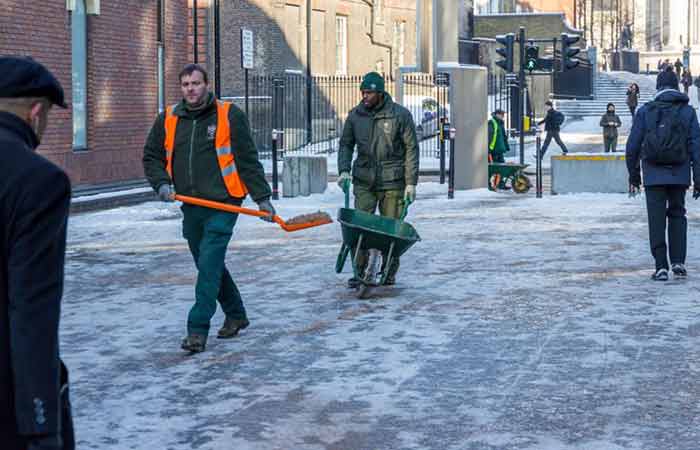 Gritters employed by Carmarthenshire Council’s highways department have voted to take industrial action against their employer in 2022 over a pay-related dispute.

The GMB trade union said 90% of its members at the Welsh local authority had voted in favour of taking action, which would see more than 50 gritters temporarily stop working. Specific industrial action dates will be confirmed at a later date following ballots by other unions represented at the council.

The GMB claimed Carmarthenshire Council had reneged on an agreement with employees that was reached in December 2019, which is denied by the local authority. The row appears to focus on an issue over pay relating to if and when workers are stood down from gritting depending on the weather conditions.

The union’s regional organiser, Peter Hill, said it was “hugely disappointing” for members to be in this position, and that a number of positive suggestions for how the dispute can be resolved had been put forward.

He claimed that despite months of talks, the authority “seems hell-bent on a dispute”.

“We signed an agreement with Carmarthenshire Council just two years ago and all we’re asking is that they honour what they signed up to,” said Hill. “After the last two years where our members worked loyally throughout the Covid-19 (Coronavirus) pandemic, it is a kick in the teeth for them. Carmarthenshire now risks complete road network shut down this winter after the council broke its promise to workers.”

Hazel Evans, Carmarthenshire councillor and cabinet member for environment, said the council rejects comments made by GMB regarding the previous deal. Staff are being paid the rates for duties set out in the collective agreement, she insisted.

“We are continuing our conversations with trade unions and our staff on this issue, and while we wish to avoid industrial action we have contingency measures in place to ensure the safety of travelling public in the event of action taking place,” said Evans.