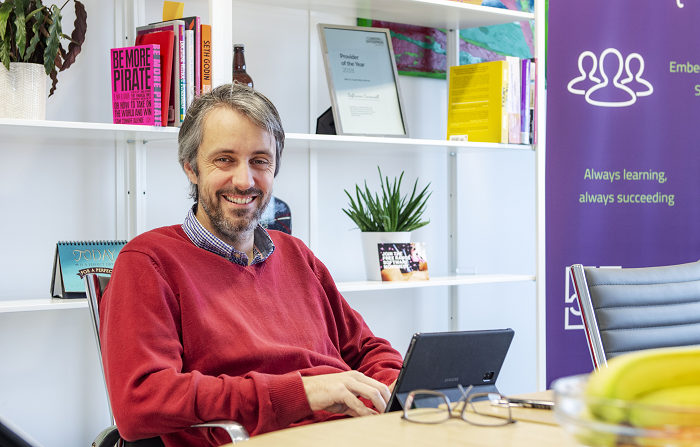 Cornwall-based technology organisation Bluefruit Software has given its 75 employees 51% ownership of the business, using an employee ownership trust (EOT).

The transition was completed in December 2019, following which staff with three months tenure at the business received a tax-free bonus of up to £1,200 each. The transition process, which in most cases takes one to two years to complete, took Bluefruit Software six months, which it has attributed to its foundation on values already similar to those of an employee-owned business.

Bluefruit Software has implemented the employee ownership trust as a continuation of its core business values, giving staff a direct say and stake in how the organisation operates, while improving productivity, engagement and resilience.

Two non-director employees have also been elected as trustees, to represent the interests of staff at board level.

Paul Massey (pictured), director and founder of Bluefruit Software, said: “This move to employee ownership will ensure that, no matter how much Bluefruit grows, we will never lose sight of the positive, supportive culture that made us so successful in the first place. Bluefruit’s future is brighter than ever before because each and every member of our team is now invested in our collective success.

Caitlin Gould, director at Bluefruit, said: “We’ve cultivated a unique work environment which supports our employees and gives them the space they need to thrive. There’s a real problem with businesses in tech saying that they’re empowering their people, but they’re not. That leads to high turnover in a sector that’s hurting for lack of talent.”