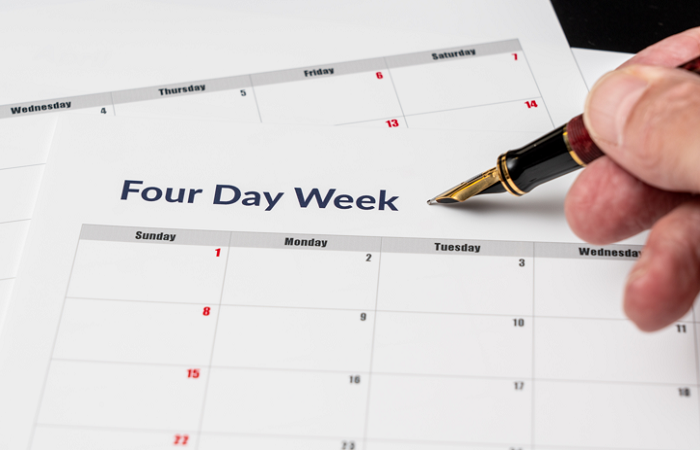 New research has revealed that 88% of Scottish staff would be willing to take part in trials for a four day working week, currently being set up by Scottish ministers.

The think tank IPPR Scotland’s survey, in which 2,203 people aged between 16 and 65 were questioned, also found that 80% believe cutting their number of work days with no pay loss would have a “positive” effect on wellbeing and almost two-thirds (65%) believe a shorter working week could boost Scotland’s productivity.

Following changes in working practices brought about by the Covid-19 (Coronavirus) pandemic, the SNP has pledged a £10 million fund for businesses wanting to trial a four day week, with pilots already being staged.

According to IPPR Scotland, the Scottish government should expand these schemes to include more sectors, such as people working in non-office-based jobs, shift workers and part-time employees. It argued that unless lower-paid sectors were included, as well as staff who may find making the shift more difficult, the trials might not properly test the impact of the switch.

Rachel Statham, senior research fellow at IPPR Scotland, commented that the Scottish government is “right” to be trialling a four day working week, as evidence shows that it is a policy with “overwhelming” public support, and could be a positive step towards building an economy hardwired for wellbeing.

“But any successful transition post-Covid-19 must include all kinds of workplaces, and all types of work. The full-time, nine-to-five office job is not how many people across Scotland work, and shorter working time trials need to reflect that reality,” she said.

A Scottish government spokesman said: “We are in the early stages of designing a £10 million pilot that will help companies explore the benefits and costs of moving to a four day working week. The pilot will allow us to develop a better understanding of the implications of a broader shift to a shorter working week across the economy.”