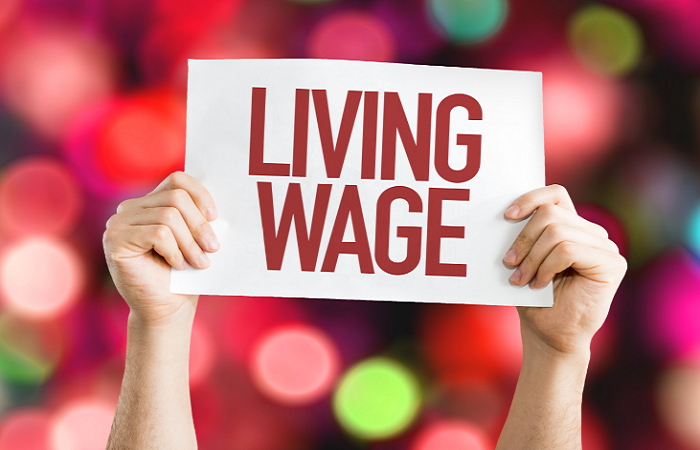 New data has revealed that one in six UK workers earn less than the real living wage, which equates to 17% of all jobs and a total of 4.8 million employees.

The Living Wage Foundation which has today (15 November) increased its rates to £9.90 an hour across the UK and £11.05 for those in London, carried out the research based on its previous rates of £9.50 throughout the UK and £10.85 in the capital. It found that 20% of females and 14% of males earn less than the living wage, while 60% of all jobs paid below this rate are held by women, which is 2.9 million roles.

Almost three-quarters (70%) of hospitality sector jobs, which includes accommodation and food services, were paid less than the living wage in April 2021, followed by arts, entertainment and recreation (35%), and wholesale and retail trade, and administrative and support services (29% respectively).

Katherine Chapman, director of the Living Wage Foundation, explained that with 4.8 million workers still paid below the real living wage, and women and workers from racialised backgrounds disproportionately affected by poor wages, more organisations must do the right thing and commit to paying it.

“This year we celebrate 20 years of the living wage movement and celebrate the huge impact the campaign has had on tackling in-work poverty. Over the last year we’ve seen record numbers of responsible organisations that recognise that a real living wage is not only good for workers and their families, but for business and society too. Because of their commitment, 300,000 workers will see their wages rise,” she said.

“With Britain in the middle of a cost-of-living crunch, it’s time for the government to act. Ministers must start by increasing the minimum wage to £10 immediately, banning zero-hours contracts and giving trade unions greater access to workplaces to negotiate improved pay and conditions,” she said.